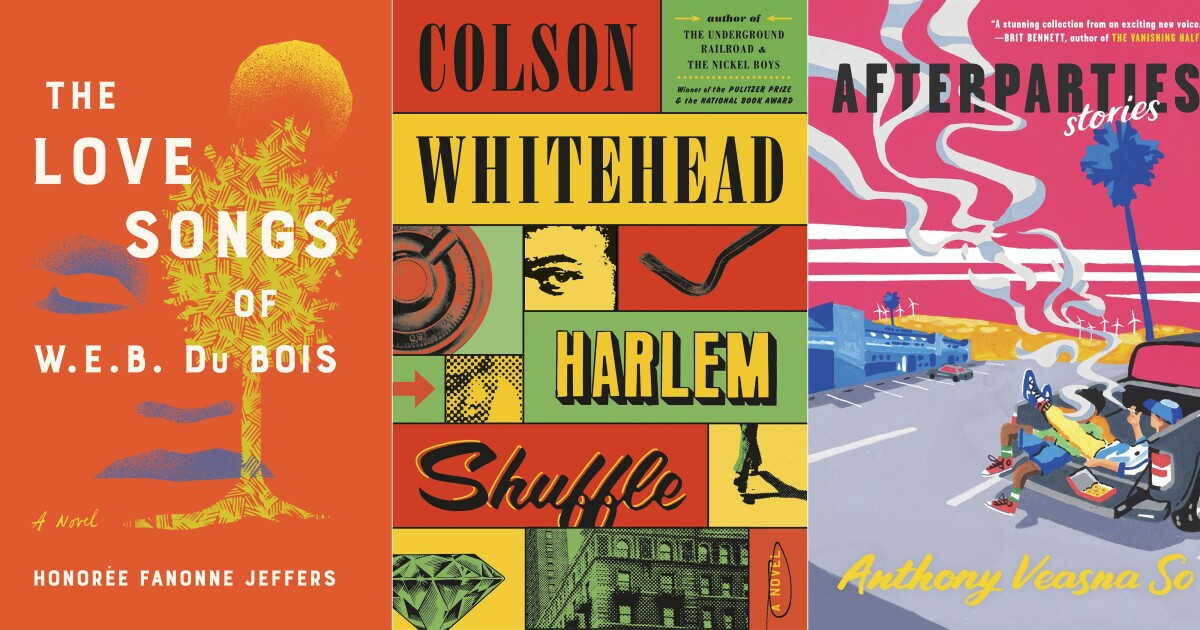 “Harlem Shuffle” by Colson Whitehead, “The Love Songs of WEB DuBois” by Honorée Fanonne Jeffers and a first collection of stories by Anthony Veasna So, an up-and-coming writer who died before his book was published, are among the nominees for this year for the National Book Critics Circle awards.

Other nominees range from Torrey Peters’ acclaimed debut novel “Detransition, Baby” to Mike Nichols’ Mark Harris biography to Rebecca Solnit’s “Orwell’s Roses,” in which she connects Orwell’s worldview to his joy. gardening and other household activities.

The winners will be announced on March 17.

CCNB has announced five finalists in each of six competitive categories and six nominees in a separate category for Best First Novel. The organization also presented three honorary awards: author-critic Merve Emre was cited for excellence in criticism, novelist Percival Everett for having “a transformative impact on book culture” and Cave Canem, recipient of the first CCNB’s Toni Morrison Award, for her “and significant contributions to book culture.”

Cave Canem is a New York-based organization that helps develop and promote black poets. He received an honorary National Book Award in 2016.

Hanif Abdurraqib’s “A Little Devil in America: Notes In Praise Of Black Performance” was a finalist for the autobiography, along with Jeremy Atherton Lin’s “Gay Bar: Why Went Out”, “A Farewell To Gabo And Mercedes: A Son’s Memoir” by Rodrigo García. “, “A ghost in the throat” by Doireann Ní Ghríofa and “Concepcion: the fortune of an immigrant family” by Albert Samaha.

Along with Harris’ “Mike Nichols”, biography candidates were Susan Bernofsky’s “Clairvoyant of the Small: The Life of Robert Walser”, Keisha N. Blain, “All the Frequent Message to America” ​​by Rebecca Donner. Troubles of Our Days: The True Story of the American Woman at the Heart of the German Resistance to Hitler” and “Fierce Poise: Helen Frankenthaler and 1950s New York” by Alexandre Nemerov.

“Girlhood” by Melissa Febos and “Why didn’t you do what you were told?” by Jenny Diski. were among the review finalists, which also included “Who Will Pay Reparations On My Soul?” by Jesse McCarthy, “Everything and Less: The Novel in the Age of Amazon” by Mark McGurl and “The Right To Sex” by Amia Srinivasan.

In non-fiction, nominees besides “Orwell’s Roses” were “Empire of Pain: The Secret History of the Sackler Dynasty” by Patrick Radden Keefe, “The Family Roe: An American Story” by Joshua Prager, “The Least of Us : True Tales of” by Sam Quinones. America and Hope in the Age of Fentanyl and Meth” and “How the Word Is Passed” by Clint Smith.

BK Fischer’s “Ceive” was a finalist in poetry, along with “The Renunciations” by Donika Kelly, “Cutlish” by Rajiv Mohabir, “The Rhinehart Frames” by Cheswayo Mphanza and “frank: sonnets” by Diane Seuss.

Peters’ “Detransition, Baby” and So’s “Afterparties” were nominated for the John Leonard Award for Best First Fiction. Others in the category included “Somebody’s Daughter” by Ashley C. Ford, “My Monticello” by Jocelyn Nicole Johnson, “Pop Song” by Larissa Pham, and “Philomath” by Devon Walker-Figueroa.

NBCC was founded in 1974 and includes hundreds of critics and editors from across the country.